Circuit breakers can be used to distribute electric energy, start asynchronous motors infrequently, and protect power supply lines and motors. When they have serious overload or short-circuit and under-voltage faults, they can automatically cut off the circuit. Its function is equivalent to a fuse switch. Combination with overheating and underheating relay, etc. Moreover, it is generally not necessary to change the components after breaking the fault current. It has been widely used.

A circuit breaker is generally composed of a contact system, an arc extinguishing system, an operating mechanism, a release, and a casing.

When a short circuit occurs, the magnetic field generated by the large current (generally 10 to 12 times) overcomes the reaction force spring, the release pulls the operating mechanism to act, and the switch trips instantaneously. When overloaded, the current becomes larger, the heat generation increases, and the bimetallic sheet deforms to a certain extent to promote the action of the mechanism (the larger the current, the shorter the action time).

There is an electronic type, which uses the transformer to collect the current of each phase and compares it with the set value. When the current is abnormal, the microprocessor sends a signal to make the electronic release drive the operating mechanism to act.

The principle of arc blowing and arc extinguishing is mainly to cool the arc to reduce thermal dissociation. On the other hand, to lengthen the arc by blowing the arc to strengthen the recombination and diffusion of charged particles, and at the same time, the charged particles in the arc gap are blown away, and the dielectric strength of the medium is quickly restored.

Low-voltage circuit breakers, also known as automatic air switches, can be used to switch on and off load circuits, and can also be used to control motors that start infrequently. Its function is equivalent to the sum of some or all functions of electrical appliances such as knife switch, overcurrent relay, voltage loss relay, thermal relay and leakage protector. It is an important protective electrical appliance in low-voltage distribution network.

The main contacts of low-voltage circuit breakers are manually operated or electrically closed. After the main contact is closed, the free trip mechanism locks the main contact in the closed position. The coil of the overcurrent release and the thermal element of the thermal release are connected in series with the main circuit, and the coil of the undervoltage release is connected in parallel with the power supply. When the circuit is short-circuited or severely overloaded, the armature of the overcurrent release is pulled in to make the free trip mechanism act, and the main contact disconnects the main circuit. When the circuit is overloaded, the thermal element of the thermal release will heat up and bend the bimetal, pushing the free release mechanism to act. When the circuit is undervoltage, the armature of the undervoltage release is released. Also actuate the free trip mechanism. The shunt release is used for remote control. During normal operation, its coil is powered off. When distance control is required, press the start button to energize the coil. 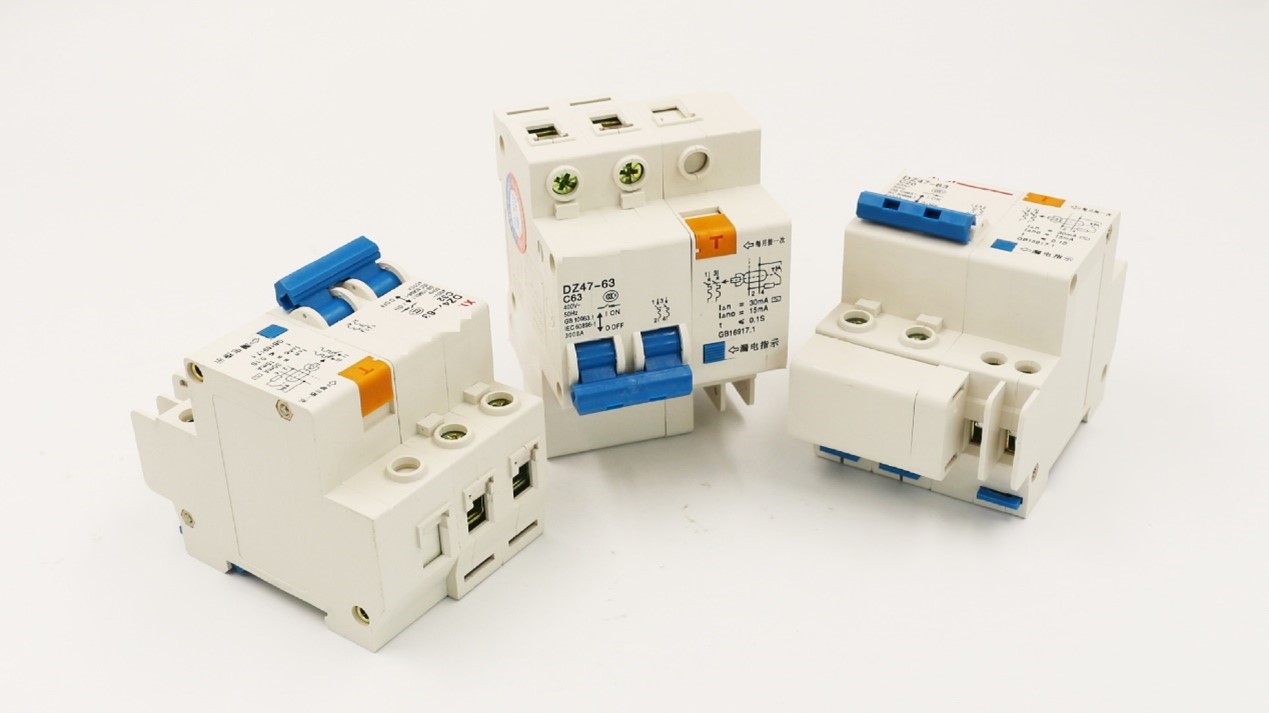 Rated Operating Voltage (Ue): This is the voltage at which the circuit breaker operates under normal (uninterrupted) conditions.

Rated current (In): This is the maximum current value that a circuit breaker equipped with a special overcurrent trip relay can withstand infinitely at the ambient temperature specified by the manufacturer, and will not exceed the temperature limit specified by the current bearing component.